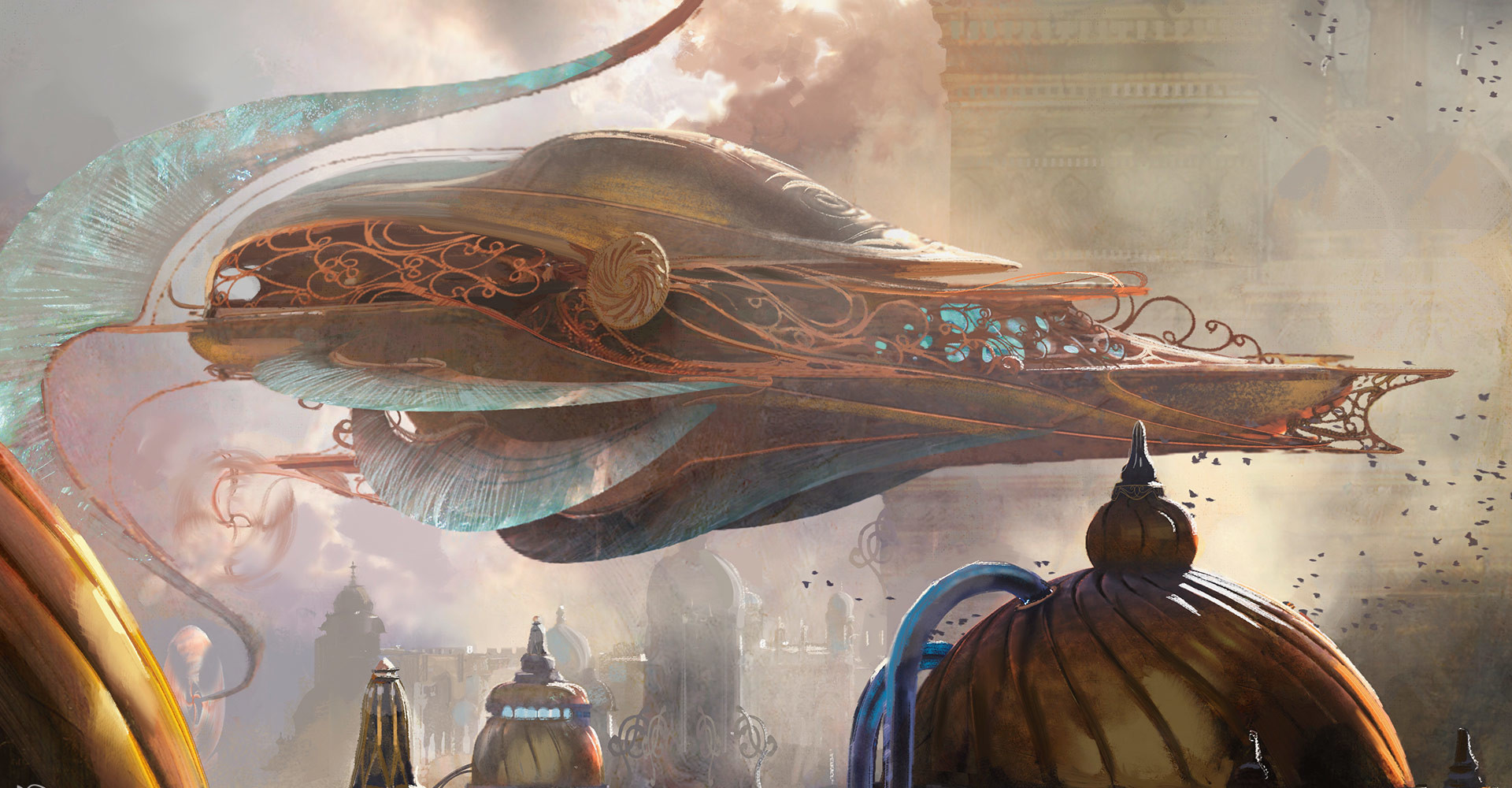 The Conglomerate Isles of Apollo consist of dozens of large floating cities that are chained to the remains of a dying mining planet where the wealth always trickles up, never down. Each city holds the estates of the Barons of Industry, families who rule the Isles in a tense oligarchy. Anchored with large titanium chains that shake and rattle in the thick polluted atmosphere, the city-states are shackled to the factories and industries they own.

Beneath islands where crystal goblets are never empty of champagne is the Below, a labyrinth city of smokestacks and crumbling housing on scorched land. Once rumored to be a lush, verdant paradise, the Below is now home to most of those who supply the aetherium, luxuries, and labor for the Barons and their families. The citizens of the Below are essentially serfs, bought and traded between cities and Barons. The only way to break out of the system is by buying your way out, and it doesn’t come cheap to one’s pocket or soul.

Only recently has anything changed. In the uprising at Minerva Point on New Frisia, words became real weapons. A literary salon known as Les Violettes Dangereuses were sentenced to life in service in the metal mines of Baron Lipford Randal. Their crime? Writing seditious poetry and distributing it to the masses by throwing it off the sides of airships and turning it into song. When the time for their arrest came, they fought back, pulling swords made from poetry out of their chests. They beat back the Baron’s security forces and escaped in a dramatic fight.

Now, a group of these renegade artists has infiltrated a 30-day Cloud Cruise around the islands on the Christiana, a massive new state-of-the-art Zeppelin owned by one of the wealthiest Barons, Theirry Randolph Peters. On the cruise, Rise of a City-State, a new propaganda play by elite Director G. Q. MacArthur, is premiering on the Zeppelin after a grand ball. If the members of the Les Violettes Dangereuses can attend the premier, they can write a scathing critique before it reaches the Below – all that is left is to meet a mysterious benefactor who has promised access to the play in turn for a small favor…

Each player chooses one of the following playbooks – each playbooks describes a specific character archetype and emotional conflict they are themed around. The playbooks are: