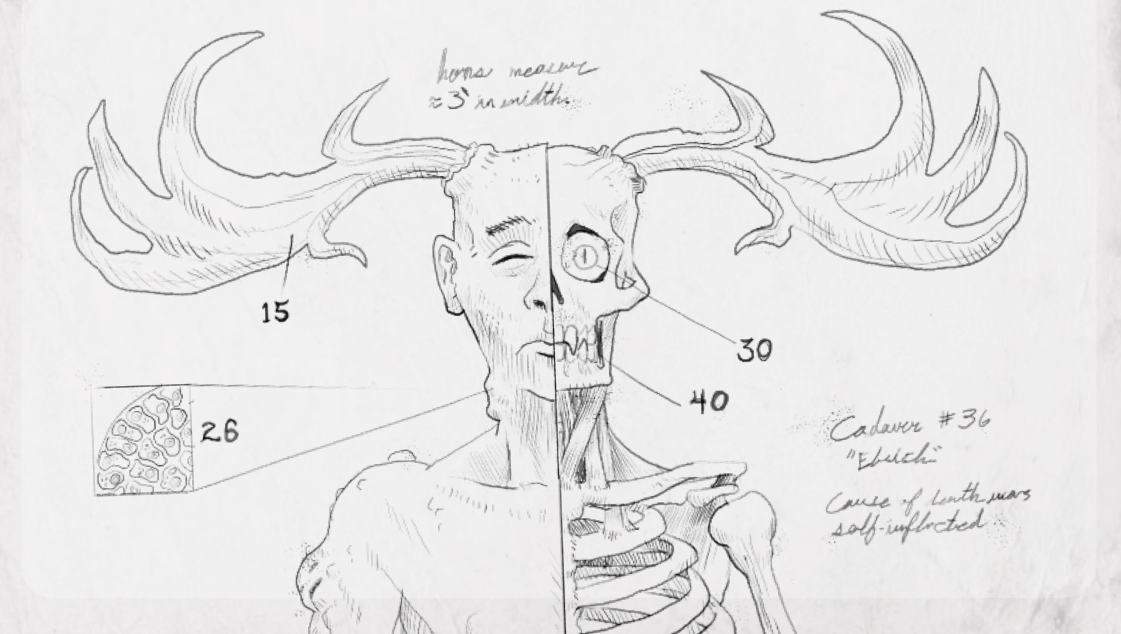 Here are a few pointers I threw together before you head to the lodge, there is much more to write about the Shudderwood but you hopefully shouldn’t journey to deep into it so this ought to suffice.

A long institution within the history of Lozeri, frequently visited by the noble and wealthy to go on prestigious hunt from a safe haven within the Wyld. The lodge boasts a sizable library on various topics, which Estovion curates and ever so carefully manages as well as various other comforts including a small music room, where traveling artists frequently show their talents or Madame Ivanja for more carnal desires. The current residents within the lodge are not easily known to us, but these individuals we are certain of:

Just because they are part of Lozeri on maps, do not confuse this area with the civilized lands. The woods are ruled by something more primal and raw and is filled with some of Ustalav’s most dangerous creatures. Not only that, it also seems to almost have a will on its own, having strange influences of those that stay within the forest. Pack rations, be prepared for diseases and poisons you have not seen yet, have silver at the ready, and make sure your clothes are sturdy and weather-proof. Oh, and one word of advice: If you see weird human corpses just keep your distance.

Traveling in the Shudderwoods is even more harrowing than in the rest of Ustalav, for here the influence of the Wyld is the strongest and tears at the mind and body of the civilized traveler, gnawing at it bit by bit until they are broken and remade.

Characters need to save when traveling a trail (and sometimes after resolving a location), failure means adding a tick to the character’s exhaustion track, on tick 3/5/7/10 a character suffers a penalty, growing in severity and stacking up:

A character needs to consume at least 1 ration per day or gain an exhaustion tick. Furthermore, each consumed ration also restores 1 hit point (up to a maximum of 3 hit point per day). Rations may be bundled into units of 4 per item slot and cost 1 silver piece to procure.

Tomes can be filled with the discoveries of the Shudderwood’s inhabitants, their dangers but also the uses of their body parts. Here are a few critters for you to watch out for.

Yes, full moon transformations, feral man-beasts that tear travelers apart, and so on. Within the woods they have actually formed close-knit communities and have a way of living very different from yours. Try to be respectful and forget about the full moon myths, it has a certain truth to it, but none of them will suddenly turn feral and tear you apart. The clan you are to seek out are the Vollensag, they are mystics with powerful divinations which is exactly what we need to track the Whispering Way. Otherwise the Mordrinacht also live relatively close to the lodge, they are sort of martial and occasionally trade with the lodge and travelers.

Not that far from Ascanor Lodge you may find respite in this eerie village of Moonelves – if they show themselves to you. The community is by no means rich but you might be able to resupply and find a safe space to rest here in the forest. Many of their mystics use runes to reference to deities not found anywhere else such as “The Lady Mirror” but they are harmless enough and may even offer some of their oversized symbiotic snails for sale.

Some Myths of the Shudderwood